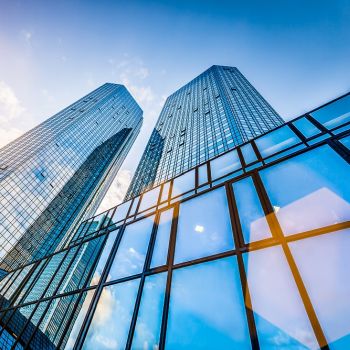 ·         Inflation data, for example, was lower than anticipated. This release was followed by uninspiring wage data for the September quarter. In spite of a rise in the minimum wage on 1 July, wages have only risen 2.0% over the past year; below expectations of a 2.2% increase.

·         The significant improvement in commodity prices in November augurs well for the Australian economy as investors look towards 2018 and beyond.

·         A recent capital expenditure survey also highlighted an improvement in investment intentions outside the mining sector.

·         Arguably the most important single development in November was US President Trump’s appointment of Jerome Powell as new Chair of the Federal Reserve.

·         Powell has been a Fed Board member since 2012 and was formerly a respected investment banker. His background in the private sector is believed to have been an important consideration for Trump when selecting the new leader.

·         Following his appointment, there will likely be increasing scrutiny on financial sector regulation. Powell is believed to be in favour of reducing regulation, a view that is shared by the White House.

·         Importantly, expectations for an interest rate increase in the US in December are unchanged. This decision will likely be Yellen’s last before she resigns from the Board when Powell is sworn in.

·         The nonfarm payrolls report for October suggested that recent hurricane activity had not had a significant influence on hiring. Overall, employment trends are not expected to prevent the Fed from raising interest rates.

·         The move followed recent inflation data releases, which have shown CPI running well above the Bank of England’s target.

·         UK interest rates had been lowered following the ‘Brexit’ vote in mid-2016 as the Bank of England anticipated an imminent recession. This has not materialised, suggesting interest rates do not need to be kept at such an unusually low level.

·         Nonetheless, economic growth in the UK remains subdued, meaning some observers were surprised by the rate hike.

·         The Continental European economy also remains sluggish overall, albeit with some encouraging indicators.

·         Inflation picked up to 1.5% in November and there was a further improvement in unemployment data.

·         Economic growth also remains subdued in New Zealand. Inflation rose to 1.9% in the September quarter, but few observers expect interest rates to be increased from the current 1.75% level during 2018.

·         The Reserve Bank of New Zealand announced plans to scale back lending restrictions in order to support the housing market.

·         Limits were imposed on loan to value ratios four years ago to stall house price growth. These will start to be withdrawn during 2018 as the housing market has since cooled.

·         Domestically, the value of Chinese bank loans in October almost halved from the September level. This figure was well below consensus expectations and the lowest this year.

·         Industrial production and retail sales both also weakened in China, coming in below consensus expectations. GDP data released early in the new year will confirm whether these have had an adverse effect on overall economic growth.

·         In Japan, data confirmed a sharp slowdown in GDP growth in the September quarter. Annual expansion of 1.4% was well below the 2.6% yoy growth seen in the June quarter.

The Australian dollar declined in value by around 2% against a trade-weighted basket of foreign currencies.

The AUD/USD exchange rate fell by around 2 US cents. The continued contraction in bond yield spreads between Australia and the US is having an influence on this cross.

With the RBA not expected to amend monetary policy in the near term, the Australian dollar is being affected by sentiment towards monetary policy amendments in other countries.

During November the dollar showed particular weakness relative to sterling, for example, reflecting the interest rate hike in the UK.

Iron ore (16.4%) and coking coal (18.7%) were the best performing commodities, as demand proved better than many had feared following the implementation of steel production cuts in China. The cuts to steel production are part of a broader reduction in industrial activity to reign in pollution during China’s ‘heating season’, which runs from November to March.

The oil price (+5.7%) finished the month higher after OPEC and allied oil producers agreed to extend production cuts, as widely anticipated. The extension means that OPEC and allied producers will sideline almost 2% of global oil supply until the end of 2018.

Weakness in the US dollar supported the gold price, which edged 0.5% higher to US$1,273/oz.

The S&P/ASX 200 Index returned 1.6%, with most industry sectors finishing the month in positive territory.

Rising oil and coal prices continued to support companies in the Energy sector (+4.1%), including Santos, Origin Energy and Whitehaven Coal. Consumer Staples (+3.2%) was led higher by sector giants Wesfarmers and Woolworths. Health Care (+3.0%) performed well, as most large companies in the sector, including CSL, Cochlear, Sonic Healthcare and Ramsay outperformed.

Materials (+1.9%) managed to slightly outperform the broader market, despite some weakness in individual companies on falling industrial metal prices. Large diversified miners BHP Billiton and Rio Tinto provided support as they were buoyed by strong iron ore and coal prices.

Financials (0.0%) finished the month flat, despite weakness in three of the ‘big four’ banks following the release of underwhelming FY17 results. In other news, the Federal Government announced plans to establish a Royal Commission into alleged misconduct by banks and other financial institutions. Elsewhere in the sector, insurance companies fared better with IAG, Suncorp, NIB and Medibank posting strong gains.

The worst performers included diversified A-REIT Mirvac Group (+1.2%). The company lagged other more retail-focused REITs, having performed strongly in recent months. This is in spite of Mirvac’s strong retail portfolio and the rising growth of its specialty tenants’ sales – a rarity among mall owners.

Globally, all property markets were up in November. The FTSE EPRA/NAREIT Developed Index (TR) rose 2.8% in USD terms.

Global equity markets maintained their upward momentum of the past year. The USD denominated MSCI World Index enjoyed its 13th consecutive monthly increase (+2.2%) in November. As highlighted in our ‘Chart of the Month’, this is now the longest stretch of consecutive monthly gains in this Index since its inception in December 1969.

Mid-way through the month, however, it was looking as though the upward momentum was under threat; investors were concerned over both potentially lengthy delays to US tax cuts and fears that China’s economic growth was easing.

The MSCI World Index reached a monthly low on 15 November, down -0.7% month-to-date in USD terms, before rebounding. This reflected stronger earnings numbers on Wall Street, stronger data in China and improved prospects for US tax cuts getting through US Congress. This also helped to boost the US dollar, along with a pickup in US underlying inflation and an unexpected rise in US retail sales, both increasing the likelihood of further US interest rate rises next year.

The US was the strongest of the major developed markets, with the S&P 500 up 3.1% in local currency terms. The laggard was the UK stock market, with the FTSE 100 shedding -1.8% in GBP terms. Hopes that the UK had reached a ‘Brexit’ agreement with other EU member states saw a rally in the pound towards month end, perceived as negative for foreign currency earning stocks.

MSCI Emerging Markets lagged their developed counterparts, up only 0.2% in USD terms, having steadily outperformed over 2017 to date. Latin American markets were the weakest performers, down -3.0% in USD terms, with Brazil suffering from increased uncertainty over the progress of its long-awaited pension reforms. Emerging markets were also generally weaker on the increased prospects of higher US interest rates and a stronger US dollar.

Government bond yields remained range bound, amidst continued central bank buying and despite an upcoming rate hike in the US being increasingly priced in for December. Economic growth globally remains on a positive path and labour markets continued to improve. However, an absence of wage pressures and inflation continue to be barriers to higher yields.

The net impact of events over the month saw 10-year government bond yields up slightly in the US (+3 bps), and broadly flat in both Germany and the UK. Australian 10-year yields were down -17 bps, driven by weak data and the probability of interest rate hikes being pushed out further into 2018. Japanese government bond yields closed the month 3 bps lower.

Global investment grade credit spreads moved slowly wider in the first half of the month, amidst some profit taking that was most evident in the high yield space.

This reversed in the second half of the month, with spreads resuming the downward trend given the much-improved risk tone in markets generally.

November was a strong month for issuance, which was again met with solid demand.

SOURCE: Colonial First State. This information is current at 14th December 2017 but is subject to change.