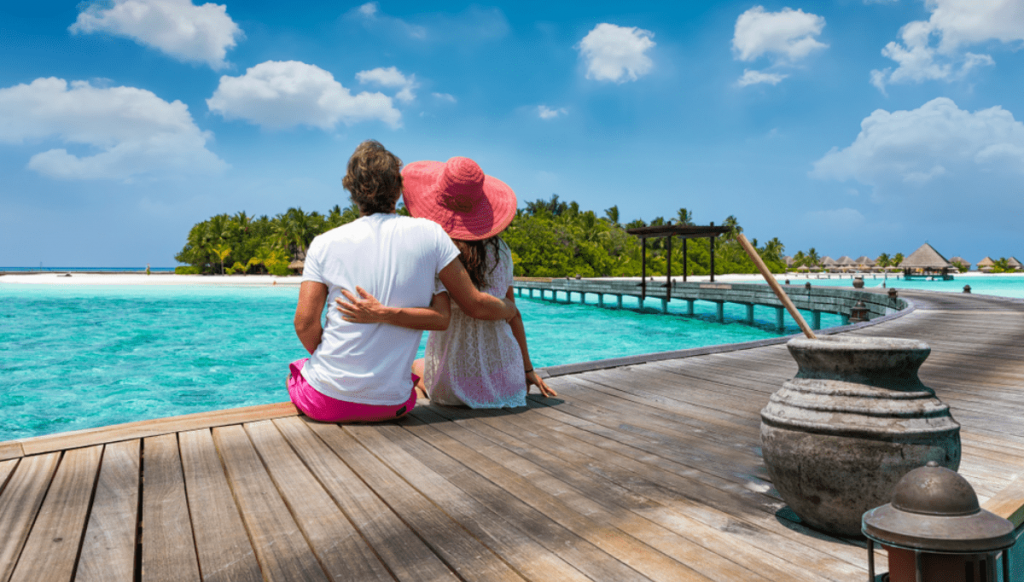 The future of international travel

In 2020, the ease in which we travelled overseas changed abruptly. And in the years to come, vaccinations, travel bubbles and testing are likely to become as routine as packing your passport and booking a hotel. Here’s what international travel may look like in the next few years – and how to stay safe on your travels.

International tourism fell by a staggering 72% in 2020 after the pandemic closed borders and cancelled travellers’ plans. Now that vaccines are being progressively rolled out across the world, the outlook is brighter for the global community and the tourism industry. But that doesn’t mean the world will return to business as usual – especially as far as travel is concerned.

So, are overseas trips still off the cards for the next few years? Not necessarily, but travel won’t be the same as it was before the pandemic. Here’s what to expect in the coming years – and how to keep safe if you journey abroad.

A vaccine – no silver bullet

Vaccines are major players in the fight to contain the Coronavirus. But we shouldn’t expect too much too soon. Realistically, it could take years for enough people to get vaccinated to develop herd immunity. And it’s unlikely that every traveller boarding an international flight will be vaccinated.

Being vaccinated reduces the chance of getting the symptoms of the Coronavirus. But it’s still not known whether current vaccines will stop the actual transmission of the virus that causes the illness.  It’s also unclear how long immunity will last. What’s more, there’s the chance that people may need boosters each year, similar to flu vaccinations, due to mutations of the virus.

Coronavirus cases have been very high in countries like Brazil, India, the United States, Russia and the United Kingdom. So at least for the time being, these countries may be off the cards as a travel destination for Australians. But in countries where’s there’s been very little community transmission, governments are open to the idea of forming a travel bubble.

On 19 April, the trans-Tasman bubble between Australia and New Zealand was established. New Zealand agreed to open its borders to Australians (without requiring mandatory hotel quarantine) while keeping its borders shut to countries where the virus hasn’t been contained. Australia has already been welcoming New Zealanders without the need to quarantine since October 2020, with all states and territories participating with the exception of Western Australia.

Other low-transmission countries include Singapore and some Pacific Island nations. There is talk Australia may create a travel bubble with these destinations too, to further open up overseas travel. But keep in mind that if there is another outbreak within one of these countries, borders could slam shut again. So, your travel plans could be cancelled at the last minute.

As the virus becomes more contained and borders continue to open up, restrictions and new regulations are likely to become a normal part of travelling. Quarantining isn’t likely to disappear forever. But whether you’ll need to spend 14 days on either side of your trip may depend on your Coronavirus risk rating.

The European Centre for Disease Prevention and Control (ECDC) has set up a rating system for European countries. It rates a country’s risk based on factors like its number of positive Coronavirus tests and the death rate from the virus. Australia may decide to introduce a similar rating system when it starts to open up again to international tourists.

Countries or airlines may require you to provide proof of vaccination before you’re allowed to travel. (This isn’t a new idea – some countries already require travellers to show they’ve been immunised against infectious diseases like yellow fever or malaria.) Many airlines and countries are likely to continue pre-departure testing, mandatory masks on flights and at airports, and temperature checks on arrival.